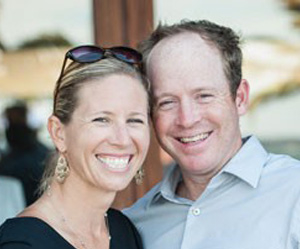 Trevor Short was born in Murfreesboro, TN and now lives in Atlanta, GA with his wife Stacy and two children. Trevor went from a top 20 nationally ranked junior tennis player to a NCAA Division 1 nationally ranked player at Middle Tennessee State University. Following his tennis career, Trevor founded T&S Events where he produced over 10 professional tennis events with some of the world’s top players including Andy Roddick, John Isner, the Bryan Brothers and more. Trevor also founded the Australian Open Wild Card Playoffs in partnership with the USTA which ran from 2009-2011. While still running T&S Events, he became the General Manager of the Racquet Club of the South where he and Remington Reynolds met and co-founded Premier Live. Trevor’s 12 plus years in the tennis event industry continues to drive Premier Live into new heights on a daily basis. As the President of the Company, he oversees both the Necker Cup & Necker Open with Sir Richard Branson along with driving the company’s sales and player/celebrity relationships.

Return to “Who We Are”